Shazam! Fury of the Gods 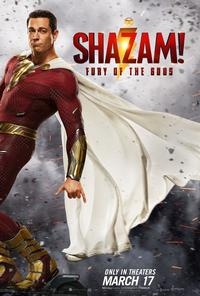 When a vengeful trio of ancient gods arrive on Earth in search of the magic stolen from them long ago, Shazam and his allies get thrust into a battle for their superpowers, their lives, and the fate of the world.